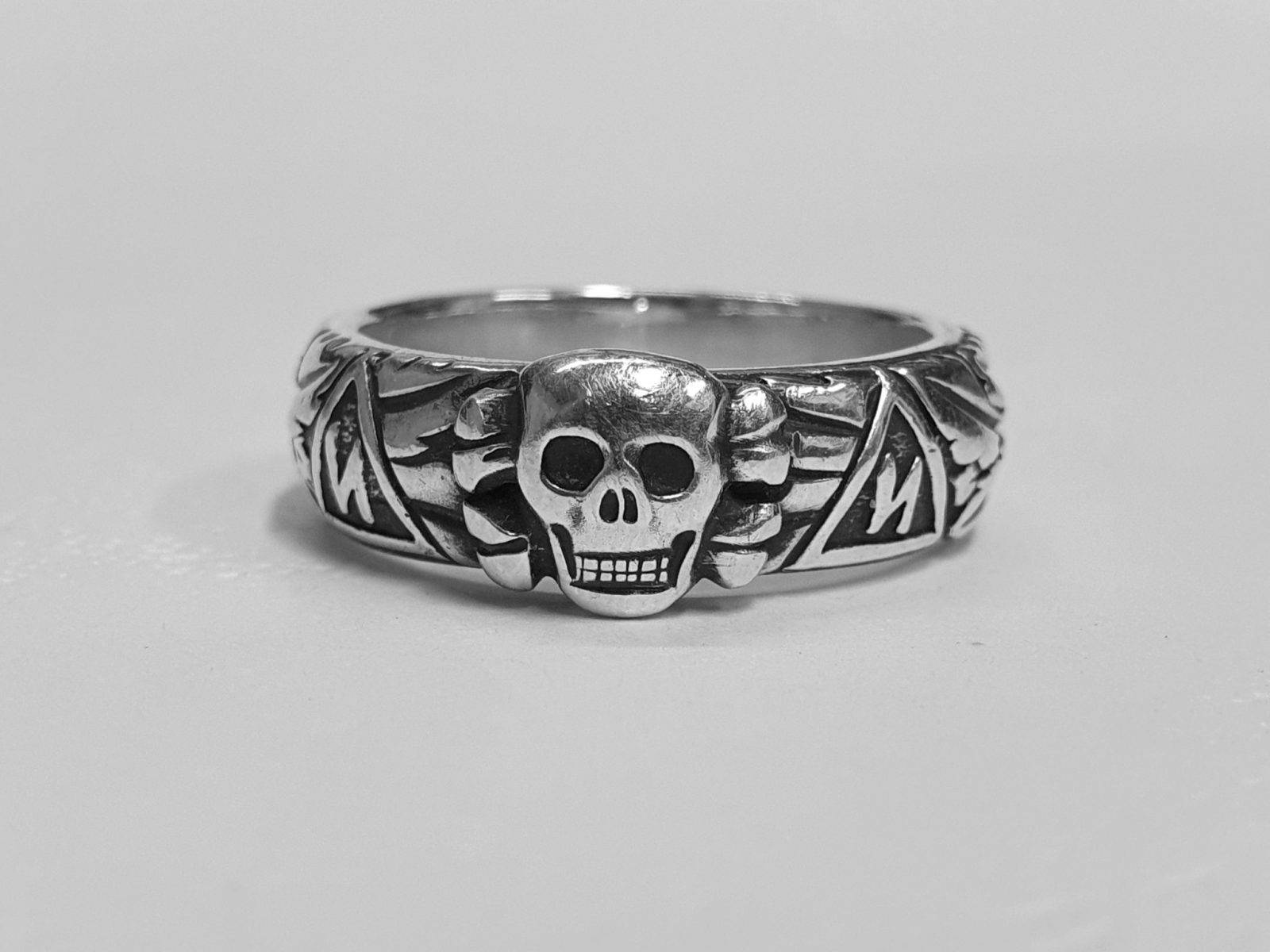 This is an exact (full-size) copy of the ss honor ring, released in 1944. This is the year in which the production of ss honor rings was stopped.

This instance has a scale comparable to the original ring of 1944, and, as always, quality detail. The gallery of works shows a comparison of the original and the copy I am making.
Below are the galleries of the original Don Boyle certificate ring.