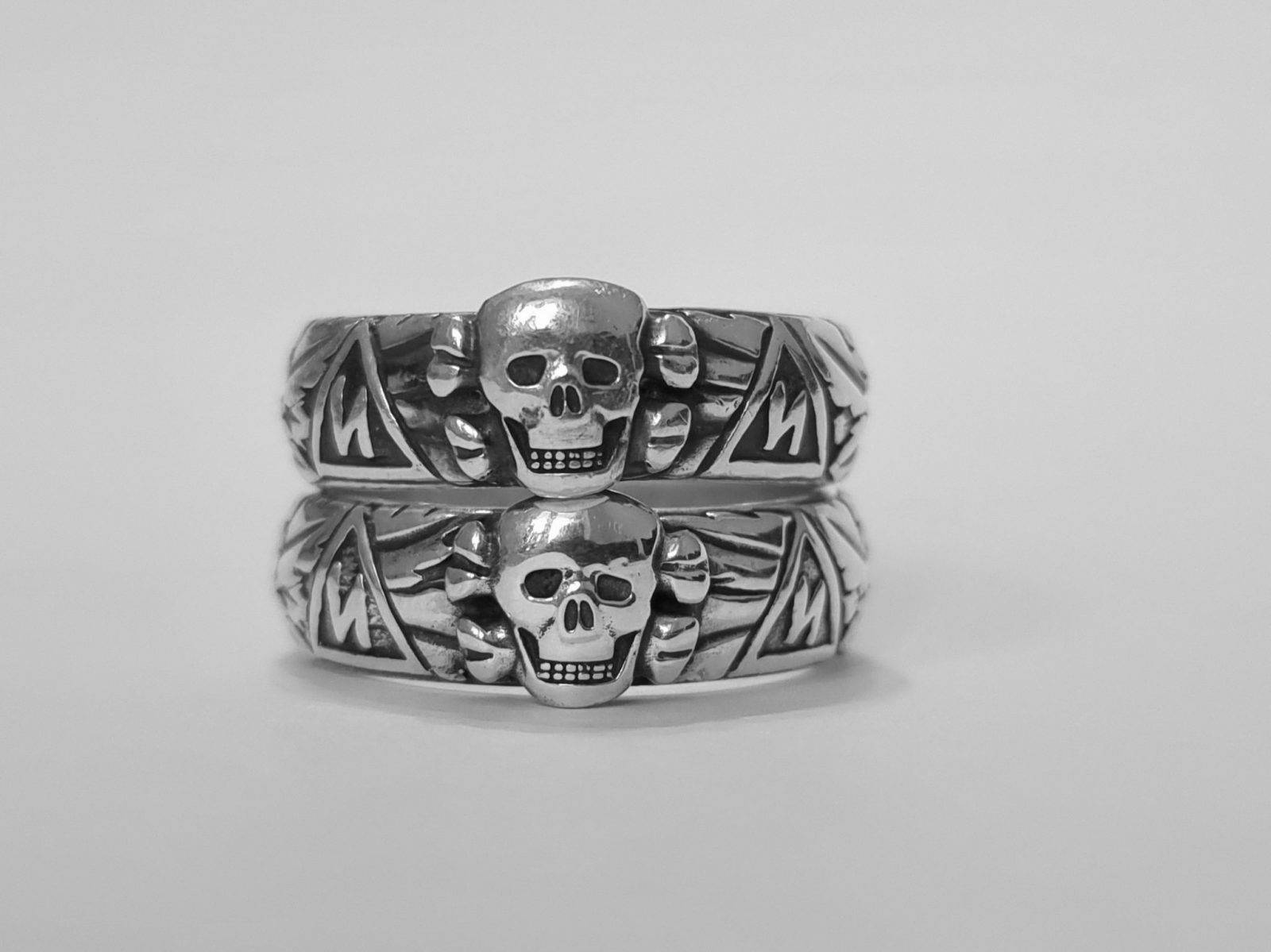 Here is a replica of the 1940 totenkopfring skull ring (also known as SS-Ehrenring, SS-totenkopfring, SS ring of honor, почетный перстень СС). Here once again there was a change in the design of the skull, in other details the ring is unchanged and looks the same as all rings from the 40s sample.

The totenkopring (SS-Ehrenring, SS-totenkopfring, SS honorary ring, почетный перстень СС) from the 40s received changes and differs from the rings from the 30s: a thicker band of the ring (massive and barrel-shaped), the design of the skull is also changed.

This piece has a scale comparable to the original 1940 ring and, as always, high quality detailing.
Below are photos of the original ring, with the award date of 20.4.40, which I copied and restored.